Let me help you resolve your tax problems Licensed to represent taxpayers in all 50 states
Contact Us Now For a Free Initial Consultation
Home
Communities
Los Angeles County, CA Residents and Businesses can Release a Tax Levy in One Day and Fix IRS Problems Without High Tax Lawyer Fees
IRS Tax Help in Los Angeles, CA 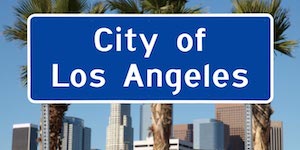 Whether dealing with an IRS tax levy, lien, audit or other issue with back, unfiled, or delinquent taxes, getting the issue resolved as soon as possible avoids a variety of larger problems in the future. Our tax firm offers comprehensive IRS tax help to Los Angeles residents, allowing you to finally solve your tax issues.

The second-largest city in the United States, Los Angeles is renowned as the country’s entertainment capital. Also referred to as the City of Angels, it is surrounded by mountains on three sides and features a Mediterranean climate. Many residents work in the entertainment industry, with the city home to Hollywood as well as the USC School of Cinematic Arts. The latter is the oldest school of its kind in the U.S. Attractions includes Disneyland, Universal Studios Hollywood, the Hollywood Walk of Fame, Griffith Observatory, and the TCL Chinese Theater among many others.

Los Angeles residents can rely on the services available through the tax firm of Mike Habib, which include tax representation, appeals, innocent spouse tax relief, and back tax help. Call 1-877-78-TAXES to learn more about IRS tax help in Los Angeles.

Living under the proverbial raincloud of tax problems puts a damper on everything, even enjoyable activities and events. Fines, interests, and penalties accrue over time, and ignoring the problem won’t make it go away. It just makes it worse.

Rather than allowing this raincloud to continually hang over you and cause more problems, take the proactive route by contacting the Tax firm of Mike Habib. Dealing with IRS tax problems in is stressful and scary, so instead of fighting this battle on your own, employ services available through Tax Relief and enjoy L.A. life minus IRS burdens!

Mike Habib is an IRS licensed Enrolled Agent, and his boutique tax representation firm is “A rated” by the BBB Better Business Bureau. His firm has been designated as an ELP (endorsed local provider) from 2012 to 2019 by Dave Ramsey , who is a well-known public figure and an extremely popular national radio personality who is known for his personal money-management expertise.

Los Angeles Tax Lawyer
Contact Us
Back Tax Help / Services
Client Reviews
★★★★★
Mike has given us peace of mind! He helped negotiate down a large balance and get us on a payment plan that we can afford with no worries! The stress of dealing with the IRS is huge and Mike helped us through it all. The peace of mind is invaluable, thank you Mike! April S.
★★★★★
Mike Habib - Thank you for being so professional and honest and taking care of my brothers IRS situation. We are so relieved it is over and the offer in compromise process went just as you said. Mike is very professional and will give you honest answers to the OIC process and you can really trust him. You won't be sorry you chose him! Joe and Deborah V.
★★★★★
Mike is a true professional. He really came thru for me and my business. Dealing with the IRS is very scary. I'm a small business person who works hard and Mike helped me see that they are not that scary after all. He was always there with the answers I needed and was very good about calling me back which I appreciated since your first reaction is to freak out and ask a million questions. He solved a messy case and worked very hard to resolve it. His rates are VERY reasonable for the amount of work he does! I give him my highest recommendation! Marcie R.
★★★★★
Mike was incredibly responsive to my IRS issues. Once I decided to go with him (after interviewing numerous other tax professionals), he got on the phone with the IRS immediately (as in the same day I signed with him) to squash an impending issue. And he worked directly with them to quickly come to a resolution I am very happy with. I'd highly recommend reaching out to Mike to see if he can help you with any IRS issues. I'm very satisfied! Marshall W.
★★★★★
I’ve seen and heard plenty of commercials on TV and radio for businesses offering tax help. I did my research on many of them only to discover numerous complaints and unresolved tax issues. I found Mike Habib through my own online search and contacted him. He was very professional with great communication, always answering my questions and concerns. Mike resolved my complicated tax problem just as he said he would. I would definitely recommend his services to family and friends. Nancy & Sal V.
View More
Submit a Client Review